Lies at Her Door is a psychological thriller set in one of the more affluent parts of affluent Clifton in Bristol. As a Bristolian, I enjoyed the setting and recognising places familiar to me – though it can feel a bit disconcerting to picture murky deeds and doings going on in them! Still, murky deeds and doings can take place anywhere, as thrillers like this suggest. 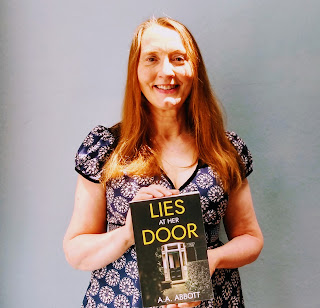 Lucy Freeman is in her thirties and after a lifetime of put-downs from her fashion-model-thin and impeccably dressed mother is low on self-esteem. She’s always been unfavourably compared to her rock-star brother who is handsome, glamourous, rich and self-centred. Now her mother is disabled by Parkinson’s, Lucy has to stay at home to look after her, which she does lovingly and conscientiously. Her father, a university lecturer, isn’t much help, and does little to support his daughter. Lucy’s life is about as bleak as it can be.

Something needs to change. Unfortunately, change is often not for the better and things get much worse for Lucy when a skeleton is discovered and she is suspected of murder. The mystery opens in great style: the remains are exposed in front of a crowd when a sink hole appears during a Christmas carol concert in the communal garden near the Freemans’ house. It seems far fetched, but in fact the sink hole is based on a real event, with a few exciting fictional embellishments of course.

The story is cleverly told from two points of view, Lucy and Neil, the detective who is convinced of her guilt. The characters are all well drawn, and I especially liked the neighbours and the sense of a small community or enclave which intensifies the narrowness of Lucy’s life. The mystery unfolds in a very satisfying way, and there’s also a bit of match-making along the way to add to the interest.

One aspect that did interest me was the way that Lucy uses comfort eating as a way of coping with her problems. I found some of her recipes particularly unappetising – the squares of chocolate sandwiched between buttered toast for instance. Like so many women, she has been made to feel ashamed of her body, and so feeding that body has become a shameful act. Hence, she hides bars of chocolate – they are “clandestine” – and when she eats, she feels guilty. It’s a predicament too many girls and women find themselves in and I thought the author handled it sensitively. The truth is that the eating is not the problem, it’s how Lucy has been made to feel about herself. Unless she starts to have self-belief she will probably never have a healthy relationship with food.

So do things improve for Lucy? I hoped they would! By the end of the book there have certainly been many changes, but whether for better or worse I’ll leave you to read for yourself. I will say that the ending of this page-turning thriller does not disappoint! 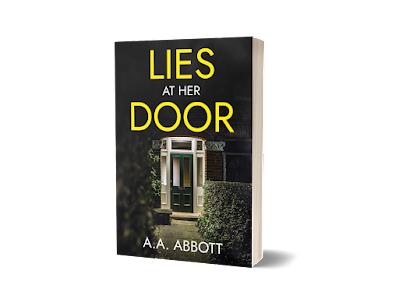