'We will have a fire': arson during eighteenth-century enclosures 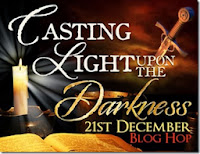 Join our Winter Solstice Blog Hop! Thirty writers throw light on a dazzling range of topics. Follow the links at the end of this article to be enlightened and brightened by our blogs...

“Inclosure came and trampled on the grave

Of labours rights and left the poor a slave
And memorys pride ere want to wealth did bow
Is both the shadow and the substance now.”


John Clare, The Mores
On 1 May 1794, the writer Hester (Thrale) Piozzi of Streatham Park recorded in her diary that the furze on the common had been set on fire in protest at the enclosure of land “which really & of just Right belonged to the poor of the Parish”. Yet even while she acknowledged that the protesters had justice on their side, she criticised them for not “going to Law like wise fellows” and concluded: “So senseless are Le Peuple, & so unfitted to be souverain”.


The senseless poor of Streatham were not unique. During the eighteenth century, enclosure resisters throughout the country tore down fences, damaged gardens, greenhouses and orchards, destroyed trees, broke windows, fired guns at enclosers, attacked land surveyors, sabotaged farm equipment and blocked roads. Most sensationally of all, they torched houses, barns and hayricks.


What possessed them to commit arson – a capital crime – instead of “going to Law”?


Picture a farm labourer in the eighteenth century: we’ll call him Jack Straw. Not only is Jack’s work hard, it’s also seasonal. If he had to rely on his wages alone, his family would have starved long ago. Luckily his village has some common land where Jack and his family gather fuel for heating and cooking. They keep a cow and a pig which they graze on the common. They forage for food: berries, mushrooms, nuts and herbs. Sometimes they sell some of the produce they’ve harvested in local markets to bring in a bit of extra income. They gather rushes to make tallow candles and thatch their cottage.


Jack isn’t the only villager who depends on the common. Local tradesmen such as blacksmiths or bakers use it to supplement their incomes during slack periods. Smallholders pasture their livestock on it. Part of the land is set aside to provide income for charitable purposes so even the poorest in the parish benefit.


No-one owns the common, but that doesn’t mean it’s first grab, first served. The village has appointed officers to regulate the way the land is used. They make sure no one takes more than he’s entitled to, that the land isn’t over-grazed, that ditches are cleared and animal carcasses are removed, that ponds are kept clean. Jack knows he will be fined if he breaks the rules.


So there’s Jack Straw, working hard but getting by, keeping his family off the parish poor relief or out of the workhouse. Then one day a notice appears on the church door: the common is going to be enclosed by Act of Parliament. There’ll be no more wood for the fire or rushes for the thatch, and Jack will have to get rid of his cow and pig because he can’t afford to buy feed. Jack Straw and his family are going to be a lot worse off in the days to come.


Of just Right belonged to the poor of the Parish


The effect of an Enclosure Act was to eradicate commons rights, leaving the no-man’s-land that remained available for distribution amongst the landowners. In order to obtain an Enclosure Act, the promoters had to secure the consent of the majority of land owners in the parish. Since consent was weighted by how much land each signatory owned, it was possible for one large landowner to give consent.


A solicitor was employed to draw up a Bill. When the Bill reached Parliament it was referred to a committee for consideration. The committee looked at matters such as the compensation to be paid for loss of commons rights, the distribution of the land, and provision for payment of tithes.


It looks like due process, but in fact it was heavily weighted in favour of the enclosers. There was only one stage at which objections could be lodged, and that was when the Bill reached committee. So when Hester Piozzi wondered why the poor of the parish didn’t go to Law, she’s wondering why they didn’t employ a solicitor to draw up their petition in the due form and present it to the committee. (Petitions which were not in due form were ignored.)


Mrs Piozzi herself provides the clue.


They were the poor of the parish. They couldn’t pay a solicitor to draft their petition, or retain counsel to represent them in committee. They could not afford to go to London and lobby MPs, and even if they could how could they negotiate a system from which they were completely excluded? Most of them couldn’t even write.


It is no wonder, then, that so few petitions were presented to enclosure committees. In Nottinghamshire, for example, of 171 enclosures, only nine were the subject of counter-petitions, and the petitioners included an earl, land owners and “gentlemen”.


What’s more, the land owners had more than legal technicalities on their side. They had force. They could get away with including clauses in Enclosure Bills imposing the death penalty on resisters. They could call on the army to help them enforce enclosure – as they did in Bedfordshire, Northamptonshire and Cambridgeshire.


A mist of flames


Jack Straw and his neighbours have no connection with the great men of Parliament, or the enclosure committees which are packed with land owners and their friends. What can they do to make their objections known?


They can light up the night sky with protest. Arson, or the threat of arson, is one of their most potent weapons. They can promise farmers who deprive them of their rights that “As soon as your corn is in the barn we will have a fire” (anonymous letter sent to an Essex farmer, 1773). They can warn those who “intend of incloseing our Commond fields” that they will wake in their beds in a “mist of flames” (anonymous letter sent to Oliver Cromwell of Cheshunt Park, 1799).


So Jack Straw is going to go out one night with a tinder box in his pocket. He’s going to set fire to a hay rick. If he’s caught, he’ll hang.

I am currently working on a novel set during the eighteenth-century enclosures. Murder, riot - and arson!

Alison Morton - Shedding Light on the Roman Dusk Plus a Giveaway Prize!

Anna Belfrage - Let there be light!

Beth Elliott - Steering by the Stars: Stratford Canning in Constantinople, 1810-12

Petrea Burchard - Darkness - how did people of the past cope with the dark? Plus a Giveaway Prize!

Richard Denning - The Darkest Years of the Dark Ages: what do we really know? Plus a giveway prize!

Debbie Young - Fear of the Dark

Wendy Percival - Ancestors in the Spotlight

Judy Ridgeley - Santa and his Elves Plus a Giveaway Prize

Suzanne McLeod - The Dark of the Moon

Christina Courtney - The Darkest Night of the Year

Edward James - The secret life of Christopher Columbus; Which Way to Paradise?

Janis Pegrum Smith - Into the Light - A Short Story

Manda Scott - Dark into Light - Mithras, and the older gods