I’ve just been to see the British Library exhibition “Captain Cook: The Voyages”. I was particularly interested in it because Cook’s voyages were one of the inspirations behind my first historical novel, To The Fair Land.

The voyages were motivated by a combination of scientific curiosity and expansionism. The goal of the first voyage was to observe the Transit of Venus at Tahiti, though it also had another, secret motive. This was the search for the Great Southern Continent, a land mass which was believed to exist in the southern hemisphere. By the end of the second voyage, Cook had proved that the continent did not exist. Though that was disappointing for a Britain looking to extend its empire, there were plenty of other lands for the British to seize and that is what Cook, acting under orders, did. As the exhibition points out, the fact that those lands were already inhabited was no barrier to claiming them for George III.

The exhibition does a good job of bringing home the impact of those strange meetings on distant shores, when two cultures collided, often with fatal results. It offers different perspectives, looking at the expeditions from the point of view of the explorers and those you might call the explored. This is most effective when we hear voices from the descendants of those who encountered Cook. It also touches on how Cook and his voyages have been mythologised, for example in a fascinating exploration of the different depictions of Cook’s death which waver between showing him as a man of peace and an invader.

I would like to have seen more about the ideology behind the science of the voyages, which to me seems connected with the imperial project. It was a science that sought to classify, control and utilise. It was a destructive science in the days when collecting specimens meant removing them from their habitats. It was a cruel science willing to inflict pain on the animals it studied, which were killed before being drawn and preserved. It was a science in the service of the state, industry and commerce. It would be valuable to explore how, if at all, any of this has changed.

I doubt that the debates about the scientific and imperial aspects of Cook’s voyage will ever be resolved. Was Cook a hero, or an imperialist invader? A scientist, or a plunderer? This nicely balanced exhibition will give you much to think about on these and other aspects of the voyages. It also includes some wonderful artefacts, amongst them drawings, logs and journals, including Captain Cook’s own. There’s a lovely book – James Cook: The Voyages – which I couldn’t resist buying. The exhibition is also accompanied by a website which further explores different perspectives on the voyages and their imperial legacy. 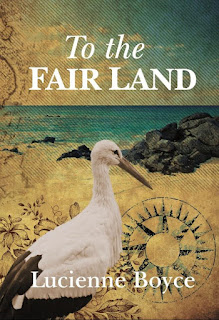 In 1789 hack writer Ben Dearlove sets out to trace the anonymous author of a best-selling book about a voyage to the Great Southern Continent. Everyone thinks the book is fiction: Captain Cook proved there was no Southern Continent. But others are interested in the author’s secrets, and the quest proves more dangerous than Ben had anticipated. Before he can discover the shocking truth, Ben has to get out of prison, catch a thief, and bring a murderer to justice.

Available as a paperback and ebook from:

Posted by Lucienne Boyce at 12:53 No comments: 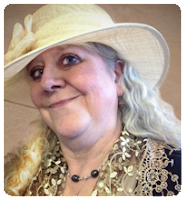 A guest blog by Helen Hollick

Theirs was a harsh life, overshadowed each day by the presence of death, but the lure of gold, the excitement of the Chase – and the freedom that life aboard a pirate ship offered – even for a woman – was worth the risk. Helen has written a series of nautical Voyages based around her fictional pirate, Captain Jesamiah Acorne, and his ship, Sea Witch, but her latest UK release in paperback is a non-fiction book – Pirates: Truth and Tales published by Amberley Press, which explores our fascination with the real pirates and those who are favourites in fiction. Today, Helen drops anchor for another interesting addition to her on-line two-week Voyage around the Blogs with a pirate or two for company…

If you were poor, black, or a woman, the early 1700s were not a good place to be. Women had no rights on decision of marriage, no rights over health and well-being, over their children or to legal justice. Women were regarded as possessions. One in four died in childbirth and most women were ignored by those who wrote the history of the time, because the writers were all men. Those women who were mentioned were associated with men as a wife, mother or daughter, or because of their charitable works. A few, however, did defy the law and society and became notorious for their daring. Mention pirates to anyone and the names Anne Bonny and Mary Read usually pop up. Both were the real pirates of the Caribbean.

Anne was the lover of Calico Jack Rackham, and Mary a member of his crew. We know about them because they were caught, tried and sentenced to hang. Some of what we know, however, is romantic fiction intertwined with the facts. For a start, the spelling of their names is uncertain: Anne or Ann? Bonny or Bonney? Read or Reed? They are usually thought of as being disguised as men, but it does seem that once aboard Rackham’s ship they did not pass themselves off as male. Yes, they wore male apparel, but skirts, corsets and such do not combine well with climbing rigging, hauling in anchors – or boarding a victim after a successful Chase.

Mary was the illegitimate daughter of a sea captain’s widow, born in England in the late 1600s, she disguised herself as a man when she served in the army fighting in battles, proving herself as capable, and only revealing herself when she fell in love and married a Flemish soldier.They purchased a tavern, the Three Horseshoes, near Breda in the Netherlands, but her husband died not long afterwards and Mary returned to the army, again in male uniform. 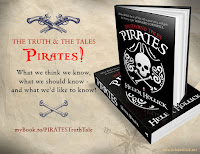 When peace came, she joined a ship’s crew – still as a man – bound for the Caribbean. The ship was captured by pirates and she joined them, whether she maintained her disguise we do not know. At Nassau in 1718 or 1719 she took the King’s Pardon of amnesty but met with Anne Bonny and Jack Rackham and returned to piracy. Were Anne and Jack initially aware of her gender I wonder?


Anne, on the other hand, was the daughter of a lawyer, William Cormac, although when she was a child he was not fortunate financially. She was born to a serving woman around 1700 in Ireland, the family emigrated to Charlestown South Carolina, when she was about twelve. Anne’s mother died soon after and her father re-establishing himself in a profitable mercantile business. According to legend, Anne had red hair, a fiery temper and was ‘a good catch’. Did this mean she was attractive or referred to her father’s growing fortune? Against her father’s wishes she married a sailor, James Bonny, who probably had hope of doing well by his father-in-law’s estate. He was to be disappointed, as Cormac disowned both of them and they fled to Nassau. 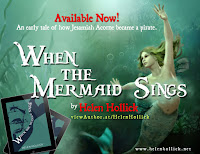 James spent most of his time in the taverns employed surreptitiously by Governor Woodes Rogers to keep an informer’s eye on any pirate who broke the agreement of amnesty. It seems that Anne, disillusioned by her lazy drunk of a husband, grew bored. She met the dashing ‘Calico’ Jack Rackham and became his lover. Her husband had her arrested for adultery – the punishment for which would be a public flogging for Anne – but James Bonny dropped the charge and sold her to Jack. Rackham stole a ship, renamed her Revenge and returned to piracy, taking Anne with him.


They were to be mediocre pirates, moderately successful but nothing spectacular. Anne and Mary’s gender was, after a few captured Prizes, soon widely known with their fighting ability reported as competent and efficient with weaponry, although Anne was said to be somewhat vicious and ruthless. They ended their days of piracy when their ship was captured one night while at anchor by a pirate hunter. Rackham and his crew were below, dead drunk. Bonny and Read fought like demons to keep their freedom, but they were overwhelmed and all were taken to Jamaica for trial. Rackham and the men hanged, Anne and Mary had a stay of execution as they were both pregnant. Mary, alas, died of fever, but what of Anne? There is no record of her death, and it is likely that her father bought, or bribed, her freedom. But where she went and what she did after that is anyone’s guess.


One thing I would very much like to know: were Anne and Mary friends, as is usually surmised, or did they have little to do with each other? They were of a different social class, and of a different status aboard ship – Anne was the captain’s ‘wife’, Mary was crew. Maybe the popular idea of their friendship because they were women is completely wrong? They could have disliked each other! 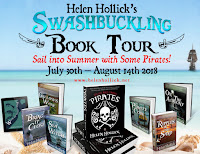 Pirates: Truth And Tales published in paperback in the UK July 2018 and November 2018 in the US – but available for pre-order.


Sign up for Helen’s Newsletter and be entered for an annual prize draw.


Main Blog: Of History and Kings


Catch up with Helen’s Tour:
These links will take you directly to each article.

4th August: Tony Riches - An Interview With Helen Hollick (and maybe a couple of pirates thrown in for good measure?)

7th August: Mary Tod - That Essential Element… For A Pirate.


8th August: Pauline Barclay - Writing Non-Fiction. How Hard Can It Be?

10th August: Christoph Fischer - In The Shadow Of The Gallows

11th August: Debdatta  - What Is It About Pirates?

13th August: Sarah Greenwood - Pirates: The Truth and the Tales

14th August: Antoine Vanner - The Man Who Knew About Pirates


Helen moved from London in 2013 and now lives with her family in North Devon, in an eighteenth-century farmhouse. First published in 1994, her passion now is her pirate character, Captain Jesamiah Acorne, of the nautical adventure series, The Sea Witch Voyages. Helen became a USA Today Bestseller with her historical novel, The Forever Queen (UK title A Hollow Crown) the story of Saxon Queen, Emma of Normandy. Her novel Harold the King (US title I Am The Chosen King) explores the events that led to the 1066 Battle of Hastings. Her Pendragon’s Banner Trilogy, set in the fifth century, is widely praised as a more down-to-earth historical version of the Arthurian legend. She has written three non-fiction books, Pirates: Truth and Tales, Smugglers in Fact and Fiction (to be published 2019) and as a supporter of indie writers, co-wrote Discovering the Diamond with her editor, Jo Field, a short advice guide for new writers. She runs the Discovering Diamonds review blog for historical fiction assisted by a team of enthusiastic reviewers.

Helen is published in various languages.