“I do believe that something very magical can happen when you read a good book.”

Today’s show was inspired by World Book Night which was on 23 April 2017. World Book Night is a national celebration of reading and books. Books are given out throughout the UK with a focus on reaching those who don’t regularly read.

Our guests were Helen Hart, Publishing Director of Silverwood Books in Bristol which offers assisted publishing services for self published authors who wish to publish to a professional standard. Helen has also recently set up the SBooks imprint, which commissions short fiction from authors.

Also in the studio was Vicky Hough of the Reader Engagement Team, Bristol Libraries. Vicky told us about all the amazing things Bristol Libraries are doing to help people to get the most out of reading. These include a Harry Potter night, and the Summer Reading Challenge for children, who are encouraged to read and review six books over the holiday.

A recent initiative is the shared reading projects run by the charitable social enterprise The Reader, which aims to bring groups of people together for weekly reading groups. Groups will be set up in libraries across Bristol, particularly Southmead, Filwood, and St Pauls or Hillfields Libraries. Reading groups are a great way to socialise with other people – and reading is good for your mental health and well being too! Volunteers are sought to help run the groups. To find out more follow the link below.

We considered questions such as: why read? What are the benefits of reading? And with so many other forms of entertainment and information to choose from – TV, internet, radio – why choose books?

We also talked about books that had changed our lives or had a huge influence on us – Vicky mentioned Julian Barnes’s The Sense of an Ending and Helen The Chimp Paradox by Professor Steve Peters, which she is currently reading. We also made a confession about our “great unread” books – the books you’ve always been meaning to read but never have. Mine is Don Quixote by Miguel de Cervantes – no matter how many times I’ve tried I cannot get past the first few chapters. You can find out how our studio guests answered and listen to the show again at http://bcfmradio.com/silversound

We were, as usual, joined by George Moss, who told us about a scheme he was involved in some years ago when adults went into schools to read to children. Gerard gave us one of his fiendish quizzes with a bookish theme.

PS Not bookish – but I also gave information about an event coming up between 1 and 3 June 2017 – the Bristol Quilters Quilt Fest, a Textile Exhibition at Badminton School, Westbury Road, Bristol BS9 3BA. Visit www.bristolquilters.com for further information.

Silver Sound is broadcast by BCfm Radio 93.2 fm between 10 am and mid day on Thursdays and Fridays. I’ll be back on the show on 2 June 2017. 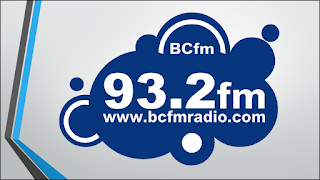 Offside at the Wardrobe Theatre, Bristol


Last evening I went to see Offside at the Wardrobe Theatre in Old Market, Bristol. The play, by Sabrina Mahfouz and Hollie McNish, was performed by Daphne Kouma, Tanya-Loretta Dee and Jessica Butcher. It tells the story of two women footballers who dream of playing for England. Mickey is inspired by the story of black Scottish goal keeper Carrie Boustead, and Keeley by Preston player Lily Parr (1905–1978).

One of the play’s pivotal moments is the ban imposed on women’s football by the Football Association (FA) in 1921 – a ban which was not lifted until 1971! It also looks at how women athletes are portrayed in the media, issues around body image, what women wear, and the pressure on women to conform to imposed gender roles – such as not playing football. In addition, it references links between Scottish football and the women’s suffrage campaign. For example, though not mentioned explicitly in the play, Scotland’s first female football team was set up by suffragist Helen Graham Matthews (see link to Daily Record below).

I’m not the least bit interested in football, but I am interested in seeing traditional gender and race stereotypes challenged into the ground, and Offside certainly brought home the absurdity of the FA’s claim that football was not suitable for women’s bodies. Women’s strength is certainly an adjustable thing so far as the male is concerned: they are too delicate for football but not for skivvying and fetching and carrying. This was brought over in a scene that put me in mind of Sojourner Truth’s “Ain’t I a Woman” speech in which she challenged the white male view of women as delicate creatures who had to be helped into carriages by pointing out that she, who worked as hard as any man, was never helped into a carriage – because she was a black woman. Women’s strength is allowed only so far as it is appropriate to their allotted roles in terms of class, race, labour and gender. Perhaps that’s why women playing football, or engaging in any sport, is such a threat: this is women being strong in and for themselves. And didn’t the cast play their parts with a strength and energy it was a delight to watch!

The play is short – only seventy five minutes without an interval – and it certainly moves along quickly. For all that, I didn’t think it lacked emotional impact. Far from it. The characters’ fears, their will to freedom, the burdens they carry in terms of family, professional and societal needs and expectations, were powerfully portrayed.

In the end I felt the play wasn’t just about football: it was about women pursuing perfection in their chosen field regardless of the pressures and expectations that seek to hold them back. That’s how it spoke to me, anyway. I’m a writer – an activity about as far removed from the football pitch as you can get. Yet this play left me feeling renewed inspiration to continue what is often a struggle to keep writing in spite of all the pressures: you should be doing the housework; women are supposed to write either chick lit or feisty heroines; more men’s books get reviewed than women’s; if you want to write in certain genres you better pretend you’re a man (heard of J K Rowling?). All the nasty negative stuff that doesn’t want you to succeed – all the FAs under another name.

If the measure of a good play is when you leave the theatre buzzing with ideas and impressions and feelings and admiration and just sheer love of theatre, then for me Offside was a good play. I loved it.

It has been suggested that Carrie Boustead was a white player who has been mistaken for Emma Clarke (1896–?). That being so, it’s a puzzle as to why the production continues to use the name Carrie Boustead instead of Emma Clarke. Do they have evidence refuting this suggestion? If not, why not make the change? Too many women have been erased from history, and if we are to recover them then surely the first step is to get their names right.   https://www.theguardian.com/football/2017/mar/28/britains-first-black-female-footballer-emma-clarke-1890s-play

For information about Offside at the Wardrobe Theatre see http://thewardrobetheatre.com/livetheatre/offside/

‘Offside: The shocking moment that female footballers were banned for fifty years’, The Guardian, 20 March 2017 https://www.theguardian.com/stage/2017/mar/20/offside-play-female-footballers-banned-fa

Image: The British Library on Flickr
Posted by Lucienne Boyce at 14:36 No comments:


Today’s guest was Stephen Pritchard, a Bristol-based drama consultant and practitioner, lecturer, workshop leader and music enthusiast.  Stephen is also a co-founder, with Peter Gabriel, of WOMAD, the world music and dance festival. He first met Gabriel when he was working as a music journalist on the Bristol Recorder (later the Recorder), a print and audio music magazine. Stephen and Peter Gabriel were inspired to establish WOMAD because of their concerns that many British and American musicians were using music from other cultures without acknowledging its provenance. Thirty five years on, WOMAD is still going strong

Stephen has worked with Ekome National Dance Company, and written, directed and performed in community theatre. He taught drama for 27 years, studying and experimenting with the French theatre practitioner Antonin Artaud’s work through pedagogy and performance. He has also produced a series of best-selling Drama DVDs for global distribution. He has led drama workshops in many countries, for participants of all ages. Stephen has a life-long fascination with visionaries, William Blake in particular, and has also developed a strong interest in the ideas of Carl Jung. He has contributed to the Jung Lecture series with lectures on Artaud and Blake, and most recently with a drama workshop entitled Theatre of the Mind.

Today’s show was part of our Radiothon – 24 hours of sponsored live radio – celebrating BCfm's tenth birthday. BCfm receives no core funding, so this year we are aiming to raise £10,000 to keep the station on the air for another ten years! Today’s 10 am to 11 am Silver Sound show was sponsored by SilverWood Books of Bristol – who are also celebrating their tenth birthday this year. SilverWood Books has established a reputation as one of the UK’s most professional and supportive publishing services companies. Their friendly, expert team works closely with self-publishing authors at each stage of the publication process. SilverWood has helped hundreds of writers publish books in a wide variety of titles in popular genres and formats, from memoir and family history to bestselling crime fiction (and I'm one of them!). Find out more at www.silverwoodbooks.co.uk, or telephone Editorial Assistant Rowena Ball on 0117 910 5829.

If you’d like to make a donation to help keep BCfm on air you can do so at the Just Giving website.

Find out more about WOMAD here.

There’s some information on the Bristol Recorder here .

Stephen’s lecture on Antonin Artaud is available for download here.

Stephen is a fabulous story teller and had some hilarious tales to tell about those early WOMAD days. We also played some music from Shu-De, the Tuvan throat singers whose album Voices from the Distant Steppe Stephen produced in 1994. If you missed the show first time round, you can listen to it here (10 am to 11 am) http://bcfmradio.com/silversound 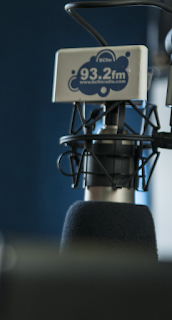 Silver Sound is broadcast by BCfm 93.2 fm between 10 am and mid day on Thursdays and Fridays. I’ll be back on the show on 28 April 2017 when we’ll be celebrating World Book Night (23 April).

Posted by Lucienne Boyce at 15:07 No comments: