In The Fatal Coin, Bow Street Runner Dan Foster encounters a ruthless gang of highwaymen and counterfeiters operating out of Cannock Chase in Staffordshire, England. In the course of his investigation, he comes across the work of Birmingham industrialist Matthew Boulton, who manufactured copper coins for the British mint. Here I take a look at some of the history behind the story…

Matthew Boulton, entrepreneur, manufacturer, engineer and scientist, was born in Birmingham. He made his money in what was known as the “toy trade”, which included the manufacture of goods in silver and gold such as snuff boxes and inkstands, and steel goods such as buckles, cork screws and candle snuffers. At his works in Soho, Birmingham, Boulton produced buttons, silver plate and ormolu. Many of of these goods were exported to France. He worked with James Watt on the development of the steam engine, financing the work as well as working on the design, and opened a steam engine factory. He also invested in canals, a shrewd move as they formed a ready market for his steam engines.

Matthew Boulton was a member of the Lunar Society, so-called because they held their meetings on the night of the full moon. Members included Joseph Priestley, Erasmus Darwin, Josiah Wedgwood and James Watt. They often met at Boulton’s home, Soho House, to share their interest in science, engineering and industry. Topics they discussed included steam engine design, metallurgy, astronomy and chemistry.

Boulton set up his mint at Soho in 1788 and used it to mint the tokens which many employers used as payment for their workers as a way of circumventing the shortage of official copper coins. Dan receives such tokens in his wages when he is working as a labourer on Squire Douglas’s canal. These tokens were often unpopular with workers as they could only be spent locally, sometimes in shops and taverns owned by their employer.

Boulton’s mint also produced medals for both military and civilian groups. It produced the well-known 1805 Trafalgar medal which Boulton made and distributed to battle veterans at his own expense. By 1798 he was using the world’s first steam-powered, automated presses and had introduced new die-making techniques. He supplied copper coins to the government and also coins for Russia, Denmark, North America, India (for the East India Company), Sumatra and elsewhere. The production of copper coins fitted well with his interest in Cornish mines, where the copper was sourced, as he supplied steam engines to them. He also sold presses and blanks to America.

In 1797 Boulton was commissioned by the British government to produce the “Cartwheel pennies” and two pence pieces, and in 1799 produced halfpennies and farthings. Boulton claimed these coins could not be counterfeited. Unfortunately, the forgers knew better and were producing their own versions of the new coins within weeks. Boulton offered a one hundred pound reward to anyone who was instrumental in the conviction of forgers.

In 1797 the British government attempted to deal with the shortage of silver coins by countermarking the Bank of England’s stock of Spanish silver dollars with the head of George III and putting them in circulation. Forgers were soon buying up coins and applying false countermarks. The government took the same step in 1804, and Boulton suggested that his steam presses would be more effective against forgery by obliterating the old design as well as applying the new.

In The Fatal Coin Dan, working undercover, invents a background story for himself, claiming he had worked at Boulton’s Soho works. He also bases his scheme to snare the villains on Boulton’s involvement with overmarking foreign coin by offering the highwaymen information about a fictitious consignment of overmarked Portuguese coin. Portuguese gold coins known as “Joes” were actually in circulation in Britain.

Gangs like the one Dan encounters in The Fatal Coin might very well combine forging coins and bank notes. The house in which Dan is imprisoned, with its secret passages, hidden doors and trap doors, was suggested by the story of William Booth of Birmingham. In 1799 Booth, a farmer who was also a talented engraver, turned a lonely farmhouse into a hideaway with trap doors, bricked-up doorways, and rooms that could be accessed only by rope ladders. Here he ran a cottage industry employing servants and family members to manufacture notes and coins.

In 1812 one of the servants was arrested for using forged bank notes, and is presumed to have turned police informer. Seven mounted dragoons and ten special constables were sent to arrest Booth. There was a chase through the house, with Booth disappearing down trap doors and up rope ladders before they succeeded in catching him. Booth, who had previously been tried for murdering his brother but acquitted for lack of evidence, was hanged at Stafford on 15 August 1812. Many of his workers were transported.

According to one story, Booth’s hanging was botched. The first drop failed and he had to be hanged again. The tale has inspired a folk song, Twice Tried, Twice Hung, Twice Buried. You can read the lyrics here http://www.traditionalmusic.co.uk/folk-song-lyrics/Twice_Tried_Twice_Hung_Twice_Buried.htm

Matthew Boulton’s factory has gone, but Soho House is now a museum. http://www.birminghammuseums.org.uk/soho

Images from the British Library on Flickr and the Metropolitan Museum of Art, New York, in the public domain. 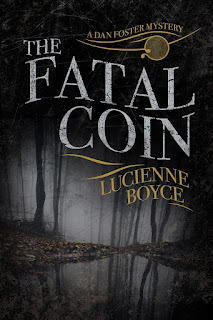 The Fatal Coin, a novella, available as ebook
Published by SBooks