Ignored, patronized and mislabeled: Eliza Haywood and The Female Spectator

I have been reading a selection of articles from The Female Spectator in an edition selected and edited by Mary Priestley and published in 1929. The introduction is by the writer J B Priestley (1894–1984), who was Mary’s brother. Generally, introductions tend to display at least some respect for the author whose work follows. Priestley takes a different approach: he uses his introduction to demolish Haywood’s credibility, deny her talent, and belittle her achievement.

The Female Spectator was conceived, written and edited by Eliza Haywood (1693?–1756). It was modelled on the Spectator, a paper run by Richard Steele and Joseph Addison from 1711 to 1712, but it broke new ground in being the first magazine for women written by women. It was, says Priestley, the “ancestress” of modern women’s periodicals, although “like an ancestress, it is of course wildly different from anything we know now.”

Eliza Haywood, Priestley tells us, had  “tried her hand at many things” before she became “an Addison in petticoats”: she acted, adapted plays and wrote novels. Unfortunately, he explains, her writing is “ponderous” and “pompous”. It’s not her fault, he adds magnanimously, but a fault of the eighteenth-century literary style which is “abstract”, “dreary” and colourless. What a pity, sighs Priestley, that Haywood couldn’t break away from it, but “only the greatest men of letters” were able to do that. These great men are, of course, Steele, Goldsmith, Fielding and Sterne.

As an example of Haywood’s “choke-pear” style Priestley quotes an introductory sentence from The Female Spectator:

“Reading is universally allowed to be one of the most improving, as well as agreeable amusements; but then to render it so, one should, among the number of books which are perpetually issuing from the press, endeavour to single out such as promise to be most conducive to those ends.”

Yes, it’s true, they really did write like that in the eighteenth century. Here is a sentence taken from the preface to a novel discussing the question of the balance a novel should achieve between entertainment and instruction (an issue which preoccupied eighteenth-century moralists):-

“They [some readers] were of opinion that in all works of this, and of the dramatic kind, story or amusement should be considered as little more than the vehicle to the more necessary instruction: that many of the scenes would be rendered languid were they to be made less busy: and that the whole would be thereby deprived of that variety which is deemed the soul of a feast, whether mensal or mental.”

In terms of ponderousness and pomposity there doesn’t seem to be much to choose between them. The last sentence, however, is from Samuel Richardson’s preface to his 1747–8 novel Clarissa, Or The History of a Young Lady. Eliza Haywood doesn’t compare well to him either, although she was one of the best-known novelists of the period whose work preceded his both in form, theme and characterisation. She also wrote a parody of Richardson’s novel, Pamela, or Virtue Rewarded entitled The Anti-Pamela; or Feign’d Innocence Detected. 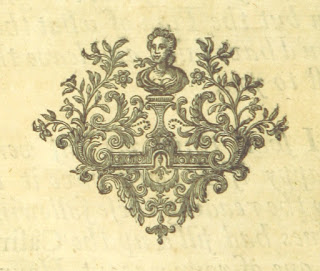 Much of the work of both authors is preoccupied with the figure of what Priestley calls the “Seducer”. This is, of course, a euphemism. Clarissa is a “Seducer” story on a massive  scale (1,499 pages) as it charts Lovelace’s quest to “seduce” the eponymous heroine. Many of Haywood’s novels also centre around sex, and explore the sometimes catastrophic implications of sexual relations for women. She even went so far as to write about unmarried motherhood, as well as rape.

The difference, according to Priestley, is that while Eliza Haywood “offers us some good specimens of the Seducer” she “does not understand them”. She fails to grasp that it isn’t about women at all. It isn’t female irresistibility that motivates the seducer, but boredom. Eighteenth-century gentlemen (yes, they are still gentleman) didn’t have golf, bridge or cars, and if they didn’t like hunting or politics, what else could they do but “go seducing”? And, “like good sportsmen”, it was only natural that they chose “difficult subjects” to add to the thrill of the chase. Haywood isn’t perceptive enough to understand that it’s nothing to do with “unbridled desire”. It’s “an intellectual interest”. The same sort of interest, perhaps, that wealthy male students in Durham recently expressed on social media when they discussed a competition to have sex with poorer women students.

Richardson’s Lovelace must have chosen one of the most difficult subjects of all. To succeed at his sport, he tricks Clarissa into leaving her family, holds her prisoner, lies to her, forges letters from her friends, gaslights her (if you’d done what I wanted I wouldn’t have had to use violence against you), and when all else fails and she won’t have sex with him, he drugs her and rapes her. Sorry, I meant seduces.

In spite of all her shortcomings, her “empty pomp and ceremony”, Priestley suggests that Haywood’s subjects are “good entertainment”. We can “smile over” the book, read bits out loud “at odd times”, and smile (again) “over her solemn editorials”. Never mind that Mary Priestley characterises Haywood’s novels as “sprightly”. Priestley isn’t going to toe his sister’s line, and for Mary Priestley’s two timid introductory paragraphs he gives us eight and a half robust pages.

So who was Eliza Haywood? She was a novelist, poet, essayist, playwright and actress. Contrary to what Priestley implies with his “tried her hand at”, these were all fields in which she had some success. She did not merely adapt plays, she also produced original works. She was a prolific and best selling novelist who was mistress of a range of styles. She used romance, the epistolary form, narrative prose, voyage literature, myths and fairy tales in fiction that interrogated gender stereotypes and explored relations between the sexes. And, in contrast to Priestley’s claim that her style was all “pomp and ceremony”, her novels are written in a much livelier style than the sentence he quotes. It seems Priestley is unaware that even in the eighteenth century writers could use different styles. She was, in addition, an innovator at the forefront of trends which were followed by other novelists. In her ODNB entry on Haywood, Paula R Backscheider also notes that she was “the first woman to write sustained drama criticism”. On top of all this, she translated a number of works from French. 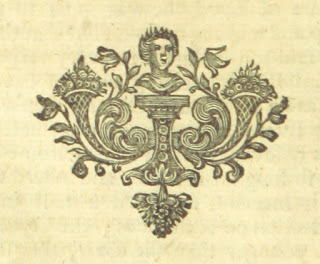 Backscheider also records that “The Female Spectator, begun in 1744, was a solid success and survived far longer than most London periodicals”.  Helene Koon has commented that The Female Spectator has been “ignored, patronized and mislabeled”. Priestley’s introduction is yet another example of a literary tradition that has excluded and undermined women writers. It is an inheritance that we are still challenging and recreating, and not only in a literary context.

The Female Spectator, Being Selections from Mrs Eliza Heywood’s [sic] periodical (1744–1746), chosen and edited by Mary Priestley, With an Introduction by J B Priestley and Decorations by Constance Rowlands (London: John Lane The Bodley Head Ltd, 1929)

On the Durham incident see https://www.theguardian.com/education/2020/sep/23/durham-university-withdraws-freshers-place-over-abhorrent-online-posts

Pages from Love in Excess, or, The Fatal Enquiry, by Eliza Haywood, published 1719, British Library on Flickr, No Known Copyright Restrictions 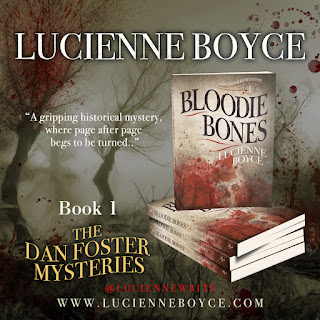 December 19, 2015
On 17 April 1860, in fields near Farnborough, Charles Dickens joined an audience amongst whom were the Prince of Wales and the Prime Minister, Lord Palmerston, as well as a number of MPs and clergymen, to watch the American John Carmel Heenan and England’s Tom Sayers (the Brighton Titch) beat one another blind and bloody in a bare-knuckle fight that lasted nearly two and a half hours. The fight ended in a draw when Aldershot police stormed the ring, forcing the fighters and their illustrious spectators to flee the scene. It was the brutality of this match that signalled an end to the bare-knuckle era and prompted the development of the Marquess of Queensberry’s rules. Dickens’s interest in pugilism was of long standing. In 1848 Dombey and Son , which had been published in serial form over the preceding two years, came out in book form. One of many of his novels that draws on the world of the prize fighter, it introduces the unforgettable Mr Toots, a would-be man about town, an
Post a comment
Read more