Phyllis of the Die-Hards

I recently bought on eBay a First World War postcard: Phyllis of the Die-Hards. My interest in the card is in the image, which is one of many representations of women at work during the war. 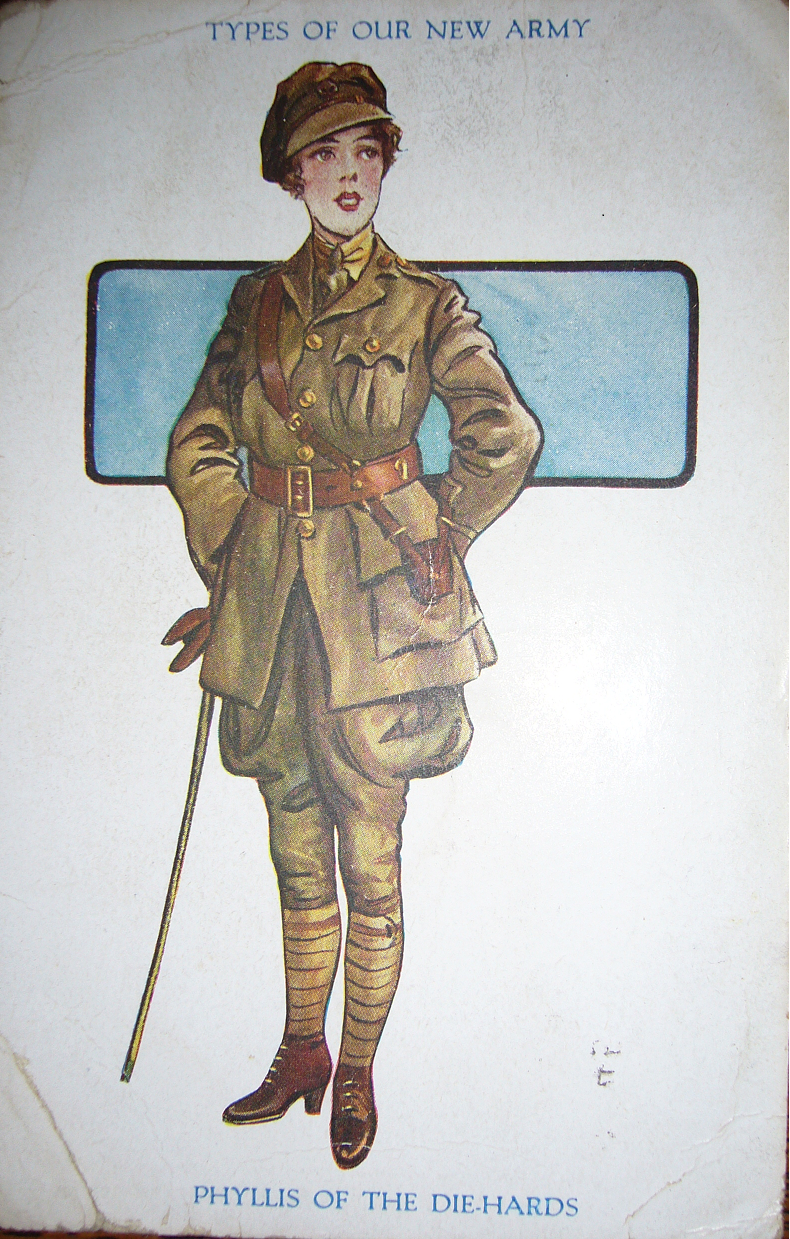 The card was posted in West Ealing, London on 1 October 1917, with the following message:


I was intrigued by the message and the fact that it had been sent to a soldier. It also seemed to me that it provided a lot of information, and that although Andrews is not an uncommon surname, the initials “J A R” are. Not really expecting much to come of it, I did a Google search. To my astonishment, I came upon an entry about 2nd Lieut Andrews of the 6th Lincolnshire at www.findagrave.com, from which I discovered (inter alia) that his name was John Alfred Raymond and that he was killed in action on 14 April 1918.

A name, a history, a grave

Suddenly the addressee of  my postcard had a name, a history and, movingly, a grave. But that was not all my Google search revealed. There was a War Office record about Mr Andrews in the National Archives at Kew. Any of you who are used to researching soldiers of the First World War will perhaps not be surprised by this, but it had not occurred to me.


My curiosity thoroughly piqued by now, I sent off for the record. I won’t go into the labyrinthine detail of my subsequent research. I had pieced together quite a bit about John Andrews’s life and death when I discovered that Mr Nicholas McCarthy of Stamford School was compiling a list of the school’s teachers and pupils who died during the First World War. John Andrews was on that list.


This was exciting! I got in touch with Mr McCarthy and he very kindly sent me the results of his own detailed and thorough research. It included the text of letters sent to Mr and Mrs Andrews after their son’s death by his commanding officer and a friend, as well as an obituary from the Stamford and Rutland News. John Andrews was described as an affable young man, a regular church-goer, popular with his colleagues, and always “the first to volunteer for dangerous work”. 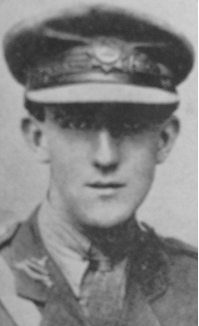 The outline of a life: John Alfred Raymond Andrews

John Andrews was born in Stamford on 4 June 1896 to Fred Andrews, a solicitor, and his wife Ada. He had a sister, Ada Phyllis Andrews. They lived in Adelaide Street, Stamford. He attended Stamford Grammar School between 1909 and 1911 on a County Scholarship. When he left school he worked as a bank clerk.


He enlisted as a volunteer into the Queen’s Westminsters in 1916, served in the trenches, and was promoted to 2nd Lieutenant in the 6th Battalion Lincolnshire Regiment. He was attached to the Royal Air Service, and after training was posted to No 4 Squadron RAF on 12 April 1918. Only two days later he was flying as an observer for Lieut Albert Edward Doughty when they took off from Choques Aerodrome, north west of Bethune. They were both killed in a flying accident and were buried in Aire Communal Cemetery.

John Alfred Raymond Andrews is no longer just a name on a postcard. I had no idea I would learn so much about a man I had never heard of and had no connection with. It seems wondrous that such flimsy, fragile relics can forge links between the living and the dead. I wonder how the card came into my hands. Where has it been for the best part of a hundred years? Was it still in his keeping when he died, and if so what did it mean to him? At what point did it fall away from the possessions he left behind? Why has it survived – did someone else treasure it for his sake?


In a few days it will be the anniversary of the death of 2nd Lieut J A R Andrews. This blog is a tribute to him and all the men, women and children whose lives have been sacrificed because of the world’s failure to find a better way of resolving conflict than going to war. May they rest in peace.


With special thanks to Mr Nicholas McCarthy for the information and the photograph.