Frederick William Rogers (1859–1927), who ran a firm of Bristol stone masons, and Blanche Mary Rogers (1866–1951), were married at St Mary Redcliffe in Bristol in 1889. They were supporters of the non-militant Bristol and West of England Women’s Suffrage Society. On one occasion, Mrs Rogers went to a meeting at the home of the Misses Duncan at 16 West Mall when she read a sketch by Miss M Duncan with the intriguing title “Latest intelligence from the planet Venus”.

However, when Annie Kenney came to Bristol to set up the Bristol and West of England branch of the WSPU in 1907, Mrs Rogers was one of the many Bristol suffragists who offered practical and financial support to the WSPU. Annie Kenney held a meeting in Mrs Rogers’ house in August 1908. When the Bristol WSPU put on two suffragette plays at Princes Theatre in 1910 – How the Vote was Won (by Cicely Hamilton and Christopher St John) and A Pageant of Great Women by Cicely Hamilton – Mrs Rogers played Madame Christine in How the Vote was Won, and Mr Rogers played an attendant to Catherine the Great in the Pageant.

The Rogers participated in the Census Protest in 1911, when Mrs Rogers joined census evaders in Bath. Mrs Mansel, the Bath WSPU organiser, had taken an empty house at 12 Lansdown Crescent for the occasion. Twenty nine women gathered, and entertained one another with music, recitations, and a lecture on clairvoyance. Mrs Rogers gave a recital but left at midnight. According to their census form, the Rogers’ home in Clifton was unoccupied that night so it seems Mr Rogers also evaded. The census enumerator, who recorded that there were two daughters, obtained her information about the family from a neighbour.

Mrs Rogers gave recitals and violin performances for a number of other good causes, including the Workers’ Education Association, the Women’s Total Abstinence Union, and children’s charities. She was involved with a group called the Folk House Players in the 1920s.

She was chair of the Bristol Women’s Citizen Association, and a founder member of The Venture Club, a women’s club formed by the Rotary Club in Bristol in 1920. The Bristol Club inspired the formation of other Venture Clubs around the country. It later amalgamated with the Soroptimists group, which was originally formed in California in 1921, to form the International Soroptimists. Membership of the Venture Club was open to women engaged in honorary social or philanthropic work. Mrs Rogers is listed in 1922–1923 as “Elocutionist: Kensington Villa, Royal Park”.[1]

In 1923 Mrs Rogers was a member of the Bristol branch of the Women’s International League (WIL). She gave a recitation at a WIL garden party for foreign students in June 1923. In December 1923 she reported to a WIL meeting about a visit she had made to Czechoslovakia. She was still involved with WIL in 1932, when she chaired a meeting at Bristol Folk House. 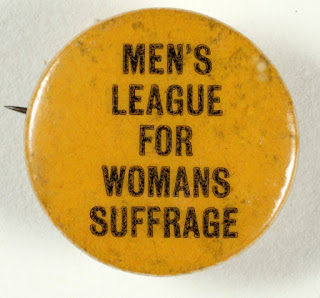