Adela Pankhurst is the least well known of Mrs Pankhurst’s daughters. Born in 1885, she was the youngest of the girls. Like many women involved in the suffrage campaign, Adela trained as a teacher through the pupil teacher system in Manchester, but left teaching to work for the Women’s Social and Political Union (WSPU) alongside her sisters Christabel and Sylvia.

She soon faced her first imprisonment in Manchester when she was sentenced to a week in prison after a WSPU demonstration. She then worked as an organiser in Yorkshire, but was in London for the protest meeting led by her mother at the House of Commons in October 1906. She was arrested with Annie Kenney and several other women and served a month in Holloway. Following her release she went up to Aberdeen to campaign at a by election.

In 1907 Adela joined Annie Kenney in Bristol, where Annie was establishing the Bristol and West of England branch of the WSPU. She shared a house in Clifton with Annie and Mary Blathwayt of Batheaston near Bath, with Mary doing most of the housekeeping. That summer Adela travelled to Cardiff, where she was heckled and pelted with fruit during a speech and had to be escorted to safety by the police.

Adela went back to work as a WSPU organiser in Yorkshire, spending periods in Sheffield and Scarborough, and at by election campaigns in Scotland. She was arrested in Dundee and went on hunger strike. She was too frail to be forcibly fed and was released.

She was back in Bristol in July 1910, when she spoke at a demonstration on the Downs on 30 July. One of the reasons men were so afraid of women having the vote was that they outnumbered men. Adela remarked that “she did not think it would matter if there were more women voting than men…If women made the better teachers how was it they got so alarmed about their having the paltry vote?” She also dealt with the objection that women were not educated enough to vote: “There were thousands of electors in this country who could neither read nor write, and had to be shown where to place their cross on the ballot paper. Even the stupidest woman they could find would be as smart as that”. (Reported in the Western Daily Press, 1 August 1910.)

Unfortunately, Adela, like her sister Sylvia, was to find that her socialism increasingly alienated her from her mother and Christabel, as did her growing unease with escalating militancy. After a bout of ill health, a period working as a gardener in Bath, and a stint as a governess, she was shipped off to Australia in 1914. Here her career traced a trajectory from socialist to conservative, with several imprisonments along the way. Initially she worked for feminist, pacifist and labour causes. In 1914 she married trade union leader Thomas Walsh.

In 1928 Walsh was expelled from his union, and Adela turned her back on socialism and the labour party. She set up a branch of the conservative Women’s Guild of Empire, although she retained her pacifism to oppose the Second World War. In 1942 she was interned because of her support for Japan. She later joined the anti-British Australia First movement, but after her husband’s death, and suffering from failing eyesight, she withdrew from public life.

She converted to Roman Catholicism and died in Sydney in 1961. 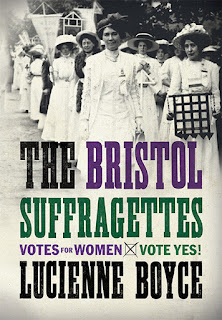