In The Butcher’s Block, the second full-length Dan Foster Mystery, Dan is working undercover in Southwark in a case that sees him crossing paths with body snatchers, blood-thirsty revolutionaries, French agents and British spies.

In the eighteenth century Southwark was a smelly, noisy, dirty place, crammed with shipping and its associated wharves and warehouses handling coal, timber, pipe clay, corn and a myriad other goods. Many of its industries were not the sort we’d like to live next door to, such as slaughter houses, leather tanning, brewing, soap and candle making. There were workshops and factories producing hats, glue, sugar, needles, watches, guns and coaches. There were flour mills, distilleries, and breweries such as that owned by Henry Thrale, husband of writer and diarist Esther Thrale.

There were markets at Borough and St George’s Market, and men and women on the streets selling food, drink, ballads, ribbons, flowers, bread, and other goods. There were beef shops and chop houses, coaching inns, oyster rooms, coffee houses and tea gardens. Dan passes some of his time in the coffee room of the White Hart which was on the east side of Borough High Street. 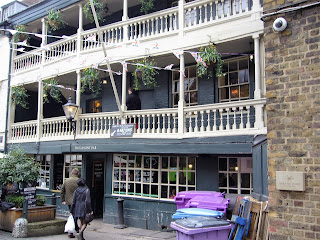 There were also prisons: King’s Bench, the Marshalsea, the Southwark Compter, the Bridewell, the Clink (destroyed during the Gordon Riots of 1780). There were dissenting meeting houses, and churches such as the one Dan would have known as St Saviour’s, which became Southwark Cathedral in 1905. The church of St John the Evangelist on Horsleydown, where Dan hides to spy out the body snatchers’ headquarters, was built in 1733. In the twentieth century it was known as Southwark, St Olave and St John. It was badly damaged during the Second World War and later demolished.

Some of the places Dan would have seen or visited during his investigation can still be seen today. 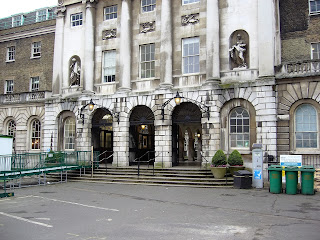 Guy's Hospital
Dan visits Guy’s Hospital at the start of his investigation. The hospital was founded in 1721 by Sir Thomas Guy. 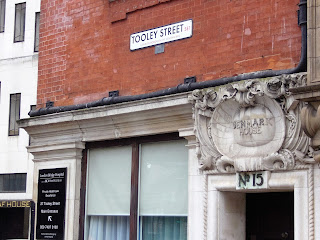 Tooley Street
Dan takes lodgings in Tooley Street at the print shop and home of the Chambers family. Mr Chambers has been prosecuted for selling radical books and has set up a new book and print sellers in Southwark where his wife and young daughters are engaged in a startling “family manufactory”. 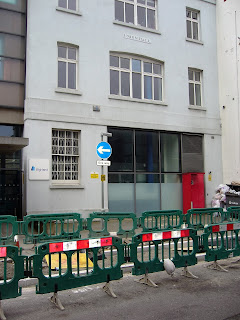 Union Hall
The magistrate’s office Dan visits to consult his friend Reeves. The building was opened in 1781. The original facade has been retained. 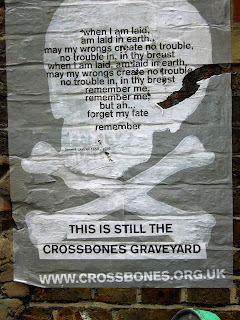 Crossbones Graveyard
Though not one of the graveyards mentioned in The Butcher’s Block, the Crossbones Graveyard was close to Union Hall and was an additional burial ground for the overcrowded graveyard of St Saviour’s Church. It was a paupers’ burial ground and as such was a prime target for body snatchers, as the poor dead were buried in shallow graves in flimsy coffins, their bodies easy to steal. It was, of course, conveniently close to Guy’s and St Thomas’s Hospitals. 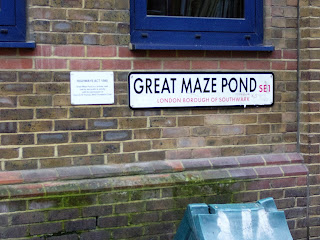 
All that remains of Maze Pond, named after the fish pond belonging to the Abbot of Battle’s palace which stood on the site, is a street sign. The old network of streets and alleys lies under Guy’s Hospital. In 1795 a government spy called Powell reported that the Boatswain and Call in Maze Pond was the meeting place of Division 14 of the London Corresponding Society, the branch that Dan infiltrates during his investigation. 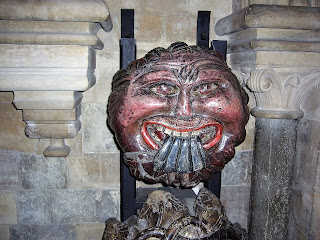 If you’d like to know more about Dan Foster’s Southwark, there’s a more detailed version of this article on the Dan Foster's World webpage

Available in paperback and ebook