Stourhead, the mansion and 2,650 acre estate in Wiltshire run by the National Trust, is one of my favourite places for walks, picnics and marvelling at the concentration of wealth in a few hands. It belonged to the Hoare family, who made their money in banking. Henry Hoare bought the manor in 1717 when, we are told, he replaced it with the Palladian house that’s there now. The next Henry Hoare created the landscape gardens, and then there came Richard Colt Hoare, who added the library and picture gallery.

It’s a story we hear over and over again. Lord this built such-and-such a house. Bishop that built such-and-such a palace. King so-and-so built a cathedral. And it never fails to irritate me. Did these lords, bishops and kings lay the bricks? Saw the planks? Raise the roof? No, they didn’t. The work was done by hundreds of craftsmen and women who are entirely written out of the picture.

According to Richard Holmes in his book Redcoat: The British Soldier in the Age of Horse and Musket, Bertold Brecht asked, rhetorically, whether Caesar crossed the Rubicon all by himself. Holmes answers, “Of course, he did not, any more than…Wellington won Waterloo single-handed.”

But for far too long, the lives of so-called ordinary people were judged to be of little or no account in a history focussed on what Jane Austen in Northanger Abbey called, “The quarrels of popes and kings, with wars or pestilences, in every page…and hardly any women at all.” And yet the nameless people who prop up the history of the great and the good are not so easy to silence. You find evidence of their presence in the grotesque carvings on the end of cathedral benches, in the weird and wonderful beasts in illumined manuscripts, in the rude graffiti on the walls of Pompeii.

I think the novelist Jane Smiley, in her introduction to The Sagas of the Icelanders (Penguin 2005), had a good go at defining what we mean by “ordinary” people. She suggested that since the eighteenth century, “We have been trained by the form of the novel…to accept the significance of a prose narrative that concerns itself with the doings and opinions and fates of what we would call ordinary citizens, that is, men and women who live in communities of people who are more or less their equals”.

I don’t think Smiley is entirely right about fiction telling the lives of ordinary citizens – unless by ordinary you mean “middle class”. There has, of course, been a move away from the courtly, aristocratic tradition, but a great deal of fiction – including Jane Austen’s – has tended to focus on the middle classes. In recent years, though, we’ve seen more stories centred on people beyond this circle. Two good examples are Jo Barton’s Longbourn, which tells the story of Pride and Prejudice from the point of view of the servants’ hall, and Martine Bailey’s fabulous “culinary gothic” novels, the first of which, An Appetite for Violets, is the story of a cook.

I don’t much like the phrase “ordinary people”, but whatever we want to call the rabble, the cannon fodder, the huddled masses, I think their lives are just as important and just as interesting as the lives of the elite. The problem is that these are people who have left few if any records behind. Not only that, but the records that do exist were often produced about them by people whose interests were opposed to theirs: aristocrats and lawyers, clergymen and employers, those with the leisure to write or paint or versify.

So how do we find out about “ordinary” people?

I think the most important thing we need to do when we are looking at the historical records is to read them against the grain. Don’t accept what they tell us at face value. Ask: is this the whole story? Who wrote it and why?  Whose voice is dominant? Is there another voice hidden away in there?

Luckily for us, many historians have been doing just that ever since E P Thompson declared in The Making of the English Working Classes: “I am seeking to rescue the poor stockinger, the Luddite cropper, the ‘obsolete’ hand-loom weaver, the ‘utopian’ artisan, even the deluded follower of Joanna Southcott, from the enormous condescension of posterity”.

For the era my Dan Foster Mysteries are set in, the eighteenth century, there are now a number of historians who are asking those questions. Richard Holmes’s book, Redcoats, mentioned earlier, is not about the generals but the men in the ranks. V A C Gattrell’s book, The Hanging Tree: Execution and the English People 1770–1868 looks at the criminal code from the point of view of the people it was directed against, rather than those who administered it. Tim Hitchcock’s book Down and Out in Eighteenth-Century London is a fantastic resource, as is London Lives: Poverty, Crime and the Making of a Modern City, 1690–1800, co-authored with Robert Shoemaker.

Tim Hitchcock is also one of the founders of the website, Old Bailey On Line 1674 to 1913, a collection of trial transcripts described as “the largest body of texts detailing the lives of non-elite people ever published”. It’s unparalled in its insight into the lives of the non-elite. Here, for example, in 1792 Daniel Stubbs is giving evidence against Susannah Gilling who he accused of stealing a bag of money out of his pocket:-

“I went with one of my shopmates to Billingsgate to buy some mackrel; we came back to the Ship and Wheat-sheaf, the corner of Nightingale-lane…the prisoner came to my side; and presently I thought I felt something at my jacket pocket; and I saw the bag in her hand, which she placed under her arm pit; I put my hand in my pocket and I said, you impudent whore, you have robbed me; she struck me, and said, you lying b - r I have not been near you.”

No doubt Stubbs’s evidence has been cleaned up. The word “bugger” isn’t written out in full, and the spelling is correct. No doubt, too, Stubbs telling the story in court was very different from Stubbs telling the same story to his friends in the local tavern. Nevertheless, I think something of his voice and experience comes through even this official record.

Many of the people who ended up at the Old Bailey, either giving evidence or in the dock, had been soldiers or sailors, trades or crafts people,  labourers or beggars. The stories of their lives are stories of life and death struggles, love and hate, heroism and cowardice, good and ill fate. They were the people who won Wellington’s battles, built the Hoare family’s house, and dressed, cooked and cleaned for their rich employees into the bargain – and their stories are at least as important, as gripping, and as much about the human condition as the oft-told tales of the elite who lorded over them.

Find out about Stourhead on the National Trust website 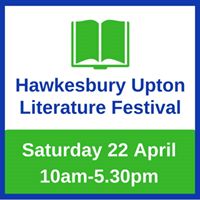 ‘Commoners or Kings?’ I'll be at Hawkesbury Upton Literary Festival at 12 pm on 22 April 2017 when I’ll be chairing a panel of historical novelists in a discussion about the pros and cons of writing about royalty or ordinary folk. Join me and Celia Boyd, Jean Burnett, Glynn Holloway, Christine Jordan, John Lynch and Ellie Stephenson. There will also be a series of readings from our novels at 3 pm. All events are free, advance booking not required. For details and a full programme of Festival events see the HULF website

What do you think? Do you prefer reading and/or writing about commoners or about aristocrats and kings?