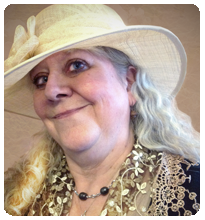 I'm delighted to welcome Helen Hollick back with a riproaring blog about women pirates. The latest book in Helen's thrilling Sea Witch Voyages - On the Account - is out now! Read all about Captain Jesamiah Acorne's latest adventures and release your inner seadog...see below for details.

You get authoress, manageress, actress – so why not pirate-ess? The word might be made-up (and the gender-specific ‘ess’ bit rarely used nowadays) but they were there, the women. Two in particular are the most famous.

The early eighteenth century was not a good place to be if you were poor, black, or a woman. For women there were no rights; they were little more than possessions. No right to law, to decision of marriage – and about one in four died in childbirth. Mention pirates and Anne Bonny and Mary Read enter the conversation. Anne was pirate Captain ‘Calico’ Jack Rackham’s lover, Mary Read a member of his crew, although we do not know if she was initially disguised as a man or not. We know of them because they were captured and tried in Jamaica. Rackham hanged. The two women did not. 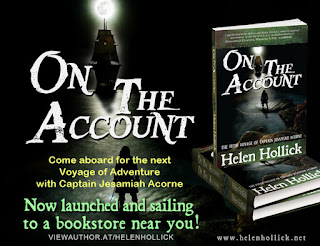 Anne was born around 1700 in Ireland to a serving woman who was in the employ of lawyer, William Cormac. When Anne was about twelve the family emigrated to America settling in Carolina. Her mother died soon after and her father re-established himself as a man of law. He did not do very well, so pursued a career in a merchant business, amassing a sizable fortune. Anne married against the wishes of her father, taking a poor sailor, James Bonny as her husband. Mr Cormac disowned both of them and at some point between 1715-1718 they moved to Nassau.

James was not a ‘good sort’. Lazy, probably a drunkard, he spent his time in the taverns, employed surreptitiously as an informer. The pirates of Nassau had been given amnesty from former crimes providing they did not return to piracy. Informers like James Bonny kept a watchful eye on who broke the agreement. Anne met Calico Jack Rackham and became his lover. Her husband was not especially happy with this – understandable – and had Anne arrested for adultery, the punishment being stripped bare and publically flogged. James Bonny and Jack Rackham came to an agreement. Bonny sold Anne to him.

Tired of the ‘going straight’ life of boredom, Rackham and Anne stole a ship from the harbour, put to sea and became pirates, menacing merchant shipping across the Caribbean. While not achieving a fortune they were moderately successful, capturing many small vessels. Anne’s name and gender was widely known, she fought openly alongside the crew and did not disguise herself as a man, although she more than likely wore male apparel.

Mary was the daughter of a sea captain’s widow, born illegitimately in England at some time in the late 17th century. Mrs Read received an allowance for her eldest (legitimate) son, Mark, from his paternal grandmother, but when he died to retain the financial support Mary was disguised as a boy. The two of them relied upon this aid until Mary’s teenage years. Continuing to dress as a boy, Mary/Mark found work as a footboy, and then as crew aboard a ship. From 1701-1714 she was with the army, still dressed as a young man. Her career came to an end when she fell in love with a Flemish soldier. They married and purchased a tavern near Breda in the Netherlands. Sadly, her husband died and Mary returned to the Dutch army in male uniform. Peace came, however, and she joined a ship’s crew bound for the Caribbean. The ship was taken as a Prize by pirates and she was forced to join them, presumably maintaining her male role. She accepted the King’s Pardon at Nassau, but meeting with Anne Bonny and Jack Rackham joined their crew and returned to piracy. The big question: were Anne or Jack, or both, aware of Mary’s gender identity? 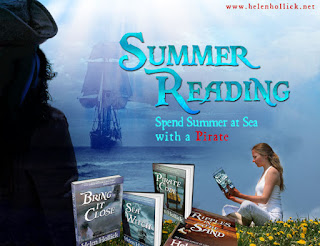 The End of the Adventure

In October 1720 Jack Rackham, his crew and two women were apprehended by a pirate hunter. Drunk and carousing below deck the men had made no attempt to defend themselves, while Bonny and Reed, swearing at their comrades to come on deck to help, fought hard to resist capture. The two women had little chance of success and the entire crew were taken to Jamaica to face trial. The trial was a sensation with all the men found guilty and hanged, but both women ‘pleaded their belly’ – they were pregnant, so execution was postponed until the birth of the babies. Mary died in jail of fever a few months later, but there is no record of Anne’s labour, delivery, release or execution. It is assumed that her father paid for her release and took her back home to Carolina.

It may be fact, legend, or pure fiction, but Bonny's last words to Jack Rackham as he was led out to the gallows were: "Had you fought like a man, you need not hang like a dog."

Maybe Anne was relieved to be rid of it all, and settled quietly in a stabilised role firmly on land with not a single glimpse of the sea to stir the memories of days that, beyond the excitement of adventure, were maybe not quite what she was expecting?

Helen Hollick is the author of the Sea Witch Voyages – swashbuckling nautical adventure yarns, with a touch of fantasy for adults

Find out more about Helen and her work:- 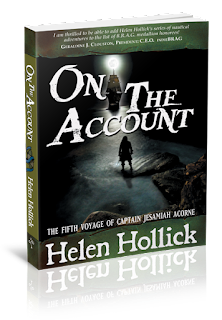