Inspiration on the Road 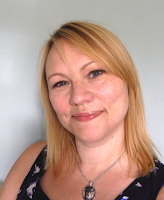 She writes fiction as Amy C Fitzjohn and has published three novels: The Bronze Box, Solomon’s Secrets and Gabriel’s Game.

Amy is also a freelance Business Coach, providing business skills for creatives in the form of; 1:1 coaching and workshops.

She is an avid blogger, engaging public speaker and is passionate about supporting entrepreneurs to follow their dreams and be better at business.


Writers find inspiration in many places. We observe and create stories from the small things we see and experience as we travel through life. Often, the spark of inspiration comes from two words: what if…

It was visiting the Archaeological Museum in Varna, Bulgaria and seeing the amazing finds discovered at the Varna Necropolis that prompted me to ask ‘What if?’

What if something mysterious and dangerous was unearthed by archaeologists? What lengths would people with different motivations go to in pursuit of such power?

The Varna Necropolis was discovered accidently in 1972. Subsequent excavations uncovered the oldest gold jewellery and adornments in the world. The site dates back to 6,000 BC – thousands of years older than the pyramids – and the pre-historic people that left the site have been named the Varna Culture.

Researching this site was the catalyst for my debut novel, The Bronze Box, and the starting point of a trilogy of books, The Sheridan and Blake Adventure Series.

Since publishing the first book in 2013, I’ve published Solomon’s Secrets and Gabriel’s Game – all centring on the mystery of a fictional bronze box, unearthed at the Copper Age Varna Necropolis.

At the time of writing The Bronze Box, I was living in Bulgaria, just outside Varna and it was only then, having escaped the hustle and bustle of UK life that I found the time to rediscover my lifelong love of writing.

It’s one thing to see something in a museum and be awestruck, quite another to see history in situ.

It was during a road trip through beautiful Bulgaria that the pieces finally slotted together and I could feel myself walking in the shoes of the heroine of my books: archaeologist Dr Sasha Blake and the leading man of the stories, Agent Tom Sheridan of a covert organisation that specialises in repatriating looted antiquities, The Agency.

In the first book, Sheridan and Blake embark on a mission spanning Europe to find the missing bronze box and in the later stories they are unravelling the mystery surrounding its disappearance and unlocking the power it possesses. Throughout the books, an undercurrent of sexual tension between the two characters simmers away in a will-they-won’t-they thriller that tests them to their limits.

Bulgaria was a fascinating back drop for the birth of these books. One of the most impoverished countries in Europe, it joined the EU in 2007 with hopes of a better life for its seven million citizens. It is one of only a handful of countries whose population is decreasing, partly due to economic migration, but also due to an aging population that struggles to subsist on the fringes of the West. Blighted by corruption and organised crime, it’s struggling with high unemployment, minimal economic growth and poverty. Sparsely populated, four inhospitable mountain ranges transect the country and with unprecedented rural depopulation, huge areas of its fertile, dramatic and wild landscape have been claimed by nature and are archaeologically unexplored.

Nowhere is this more evident than in the central plains of the Valley of the Thracians.

As you travel along the irregular and poorly maintained roads through this part of Bulgaria, snuggled tightly between the Balkan and Sredna Gora mountain ranges, dotted across the landscape are thousands of burial mounds. Man-made swellings, looking out of place, protruding from the flat grasslands and borderless fields. These mounds are from Bulgaria’s ancient empire when it was home to the now extinct Thracian people.

There are more than 1,500 of these mounds in the valley and so far only 300 have been researched, even fewer excavated. Across the whole of Bulgaria there are estimated to be between 10,000 and 60,000 Thracian burial mounds.

A culture with no written language, very little is known about the Thracian people who can be traced back to the 6th century BC. All that is known of these early Europeans comes from the writings of Homer in The Iliad and from ancient Roman and Greek texts. The rest of our knowledge comes from what they left behind in their elaborate funerary rituals, sites of worship and remains of their settlements.

Homer described the Thracians as a mosaic of different tribes. The Copper Age civilisation that left the Varna Necropolis, the Varna Culture, would probably have been ancestors of Thracian tribes in this part of Bulgaria although the origin of the Thracians remains obscure.

The Thracian Mission for the Study of Burial Mounds have made a series of discoveries in recent years by excavating some of these mounds. Paid for in part by EU funding, some of these have been preserved in situ and are open to the public. Many such sites in Bulgaria are UNESCO protected.

Our road trip began in Karanovo, the site of a bronze age settlement first excavated in 1936.

The site is in the garden of one of the villagers. Using my pigeon Bulgarian, we were invited in to see the site and some of the finds unearthed there. The local woman living there is still unearthing finds on her land and many are strewn in muddy clumps across surfaces of her house, uncatalogued and unidentified.

After showing us around, she directed us to a tomb at the back of the village.

The air conditioning blasting in our hire car, we rattled along the rough village road, rutted from horses and carts and punctuated with frost shattered potholes. After a few yards, the road become a dirt track leading into a field.

Expecting to see a dusty hole and perhaps a few bits of broken pottery we were astounded to find ourselves walking into the live archaeological excavation of a Thracian warrior king’s tomb.

Under a crude plastic tent, an archaeologist was on her knees, brushing sandy dirt from an ancient chariot. She invited us in to look around and we watched as gradually the chariot revealed itself.

It was complete with the skeletons of two horses.

The partially excavated site was littered with pottery, animal skeletons, urns, amphora, metal, glassware and even a stone box with a bronze clasp.

I featured the image of this box on the cover of the first edition of The Bronze Box. 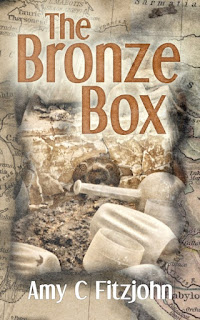 Walking onto a live dig, past a makeshift portable cabin serving as a site hut, through grasslands – static in the summer heat and buzzing with the hum of insects – that was the moment I imagined myself in the world of Dr Sasha Blake.

I captured elements of this experience in the opening chapters of The Bronze Box.

The enduring lesson I learned from this experience was: you can read about a place, you can pore over books and websites and maps and photographs, but for something to feel real to you and therefore be real for your readers, it needs to be a multisensory experience.

To feel the atmosphere of a place, to smell it, touch it, taste it and to listen.

Places have a way of speaking to you, your job as a writer is to be ready to listen.

Find out more about Amy and her books

Amy's books are available on Amazon - follow the links:-