On 11 November 1913, the head gardener at Begbrook House in Frenchay near Bristol discovered that the  building was on fire. The house stood in its own wooded grounds, and was said to have twenty rooms and a fine old staircase.

Within a few hours the house was gutted. The fire caused £3,000 worth of damage. A copy of the WSPU newspaper, The Suffragette, was left at the site with the message, “Birrell is coming. Rachel Pease is still being tortured”. 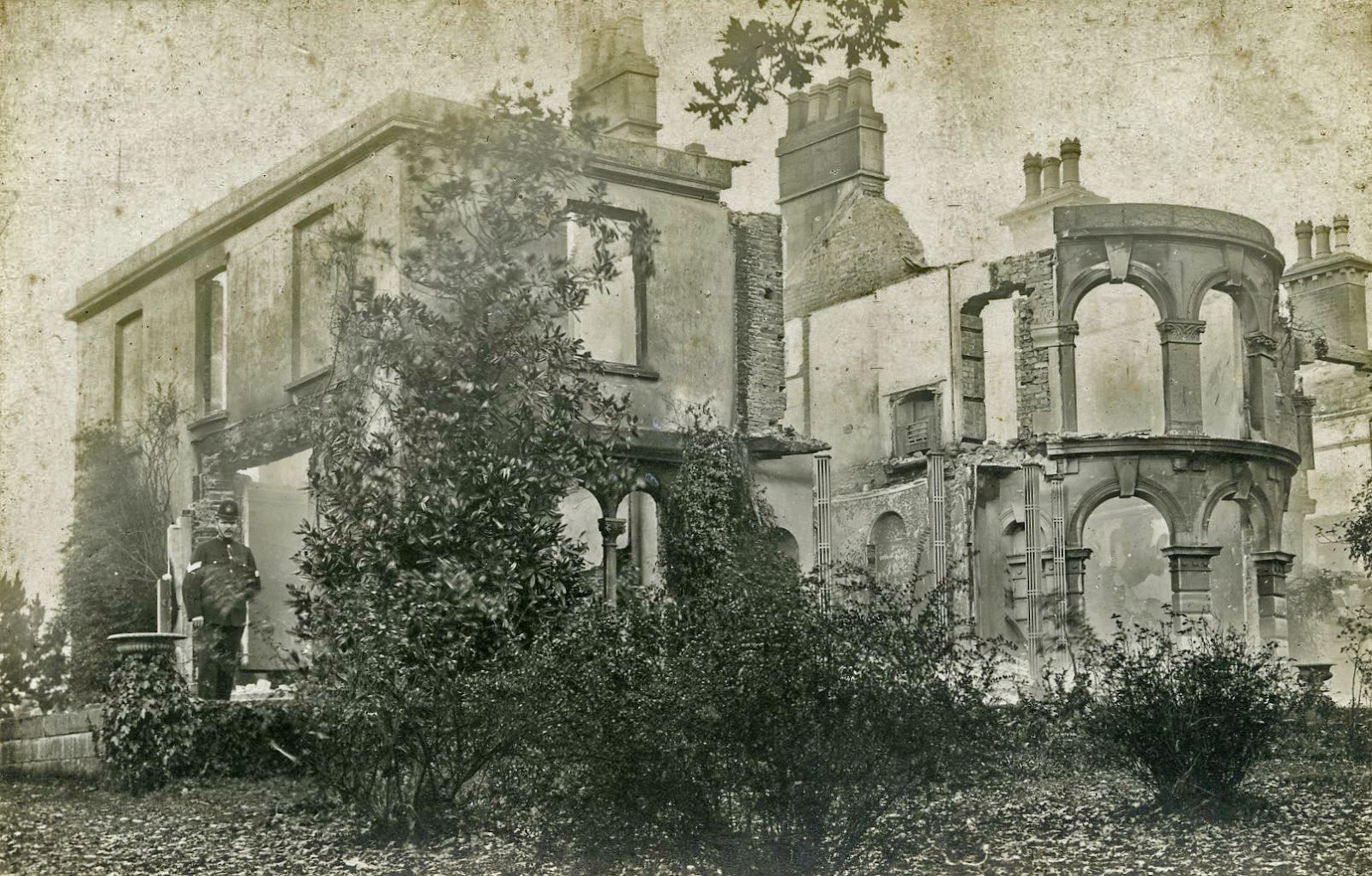 Augustine Birrell was the Liberal MP for Bristol North, and a cabinet minister. He was frequently targetted by militants in Bristol. Suffragettes interrupted his meetings and two women once accosted him at Temple Meads Railway Station with their demand for the vote.

Begbrook House belonged to Hugh Thomas Coles, a wealthy banker. Hugh Coles was the son of  William Gale Cole of Clifton, who was also a banker, and was born in Clifton in 1856. Like his father before him, Hugh Coles was treasurer of Clifton College. He was also very active in church business, and was treasurer to the Diocesan Training College in Fishponds for fifty years, until he resigned in 1939 due to ill health (he died in 1940). This post too had been held by his father before him, and was inherited by his son, Denys.

Hugh Coles lived in Begbrook House between 1906 and 1912 with his wife Wilhelmina, two sons, a daughter, and five servants. But when the fire broke out, he and his family had already moved away and were living at Elmcroft, Winterbourne Down. The house was still in his ownership, but it was untenanted.

It wasn’t always possible to be certain that an arson attack had been carried out by suffragettes. On the night Begbrook burned, the cactus house at Alexandra Park in Manchester and a tennis pavilion in Catford were both damaged by fire. In these cases, nothing was found linking the fires to the suffragettes, but they were suspected, which is some indication of the impact that suffragette militancy had on the public consciousness. Whenever there was a fire, the suffragettes were blamed for it. However, it was very easy to frame the militants, and there were cases of arson attacks where suffragette literature was deliberately planted by the guilty parties, who were usually after the insurance money.

However, in the case of Begbrook I think we can be sure that the suffragettes were responsible, particularly given the connection to an earlier arson attack. Begbrook House burned a fortnight after the University of Bristol’s Sports Pavilion. Here arsonists also left a demand for the release of Rachel Pease and Mary Richardson, who both lived in London but had been active in Bristol.

Could there have been any other reason for targeting Begbrook? Hugh Coles was a magistrate, and that could conceivably have made him a target. On the other hand, he was a conservative not a Liberal, and the suffragettes’ fight was with the Liberal party. In fact, Bristol organiser Dorothy Evans once apologised for breaking the windows of a conservative club in error. So I don’t think there was any reason for selecting Begbrook other than that it met the criteria of being empty and isolated. But of course many of the circumstances surrounding this and other militant attacks remain a mystery...

A care home now stands on the spot once occupied by Begbrook House.